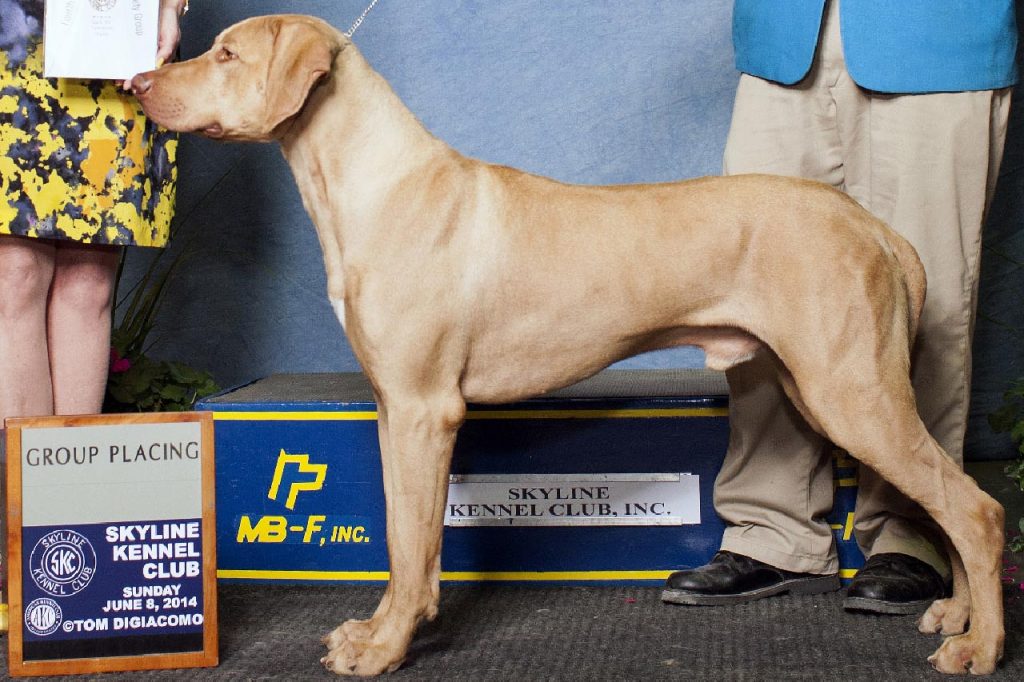 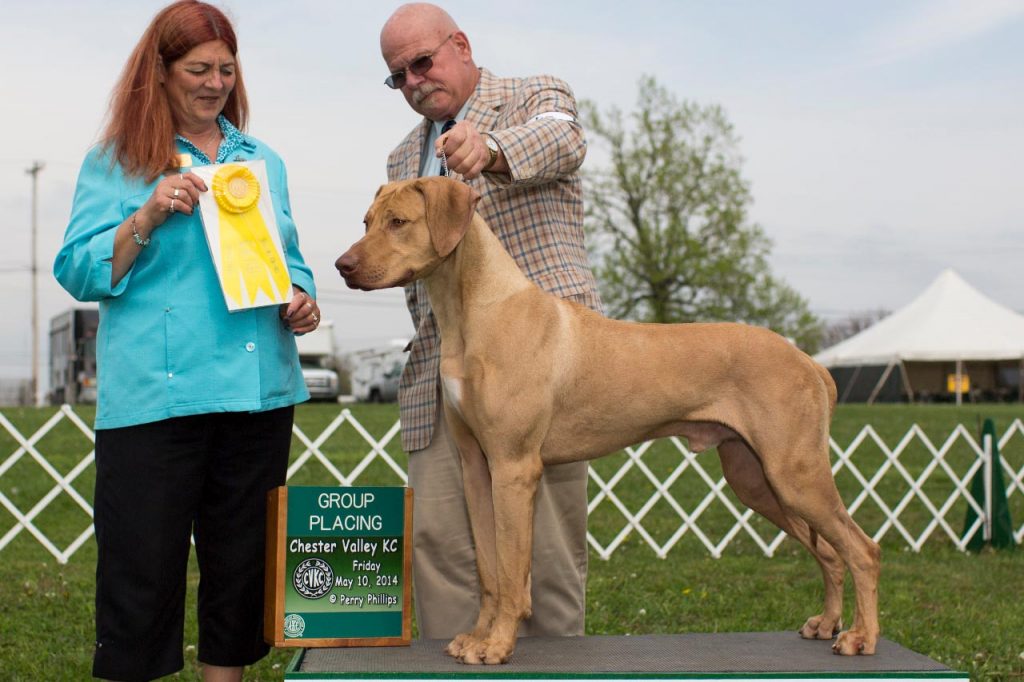 Beau’s pedigree is the tops! CH Spring Valley’s Great Gatsby, ROM has sired more champions than just about any other Rhodesian Ridgeback who has ever lived. Gatsby was owned and adored by Ian and Sonnet McKinnon. Shumba was the #1 Grand Champion Rhodesian Ridgeback in the nation (and a Silver GCH) in 2010. She was also among the first 10 Rhodesian Ridgebacks in the country to gain her Grand Championship.  She was also the 1st American-bred bitch to gain her GCH title and achieved her rally title in November 2013. Shumba earned many titles in her lifetime and was a therapy dog for her last few years. Shumba recently passed at a nice mature age and was owned and loved by Dr. Peter Rebane and Mrs. Livija Denavs-Rebane. They are the breeders of Beau. Marie Cotton of Spring Valley Rhodesian Ridgebacks generously selected us for Beauregard, and he turned out to be everything we were looking for and more.

Beau is now the “beau” to Chaka, who looks up to and adores him. He hangs the moon for her. He plays with her the most and has become a puppy again.

Beau started his show career in May 2013. It was a slow start. Even after months of preparation, including weekly handling classes, he managed two out of the three things a dog is not supposed to do: jump on the judge (out of joy when the judge walked up to inspect him) and then sat down after his go around. He still got 1st place at the Apple Valley Cluster in Victorville, CA. Immediately after, he went to camp with an excellent Las Vegas handler, Michelle Bedowitz, before we drove him 2600 miles to Jack Secrest. Jack showed Beauregard for nearly two years.

That first month with the dream team was slow, but he picked it up and some steam, finishing his championship at the tender age of 8 1/2 months out of the 6 – 9 month puppy classes! Beau continued on to earn his Grand Championship just shy of 13 months.

Be careful! If you are competitive….showing the Rhodesian Ridgeback breed is addictive! Beau was with Jack Secrest all of 2014. He was being specialed for top dog in the USA this year. At one point he reach the Top Ten. We did not show him the entire year, and he finished at #23 when we moved him overseas. 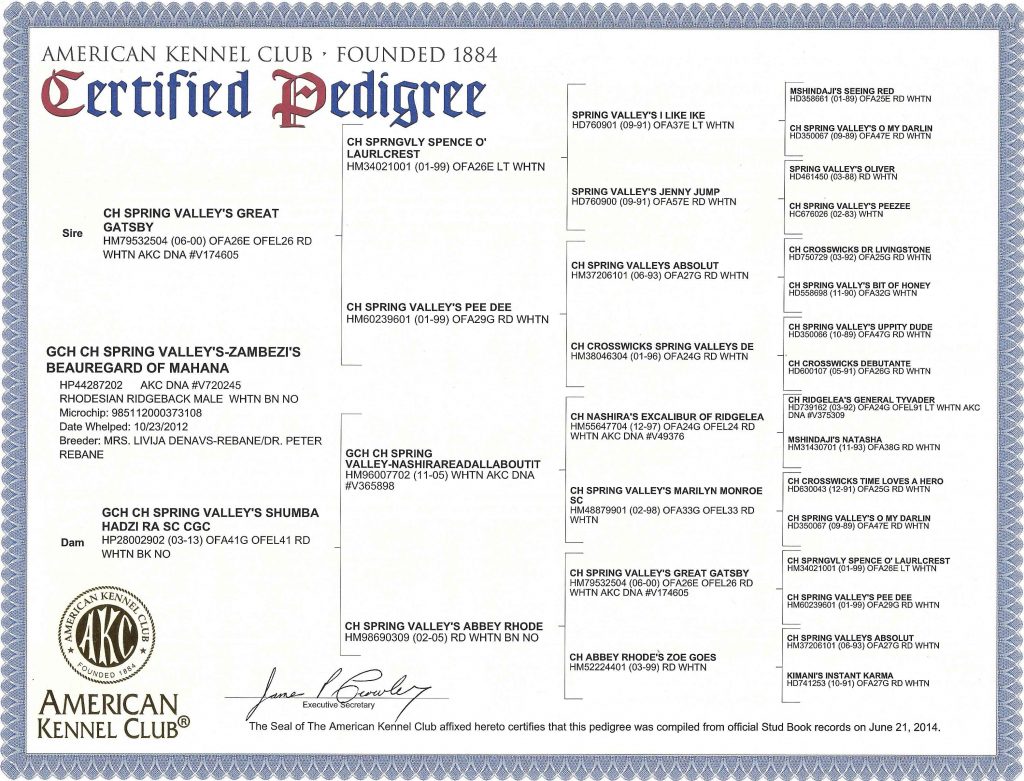