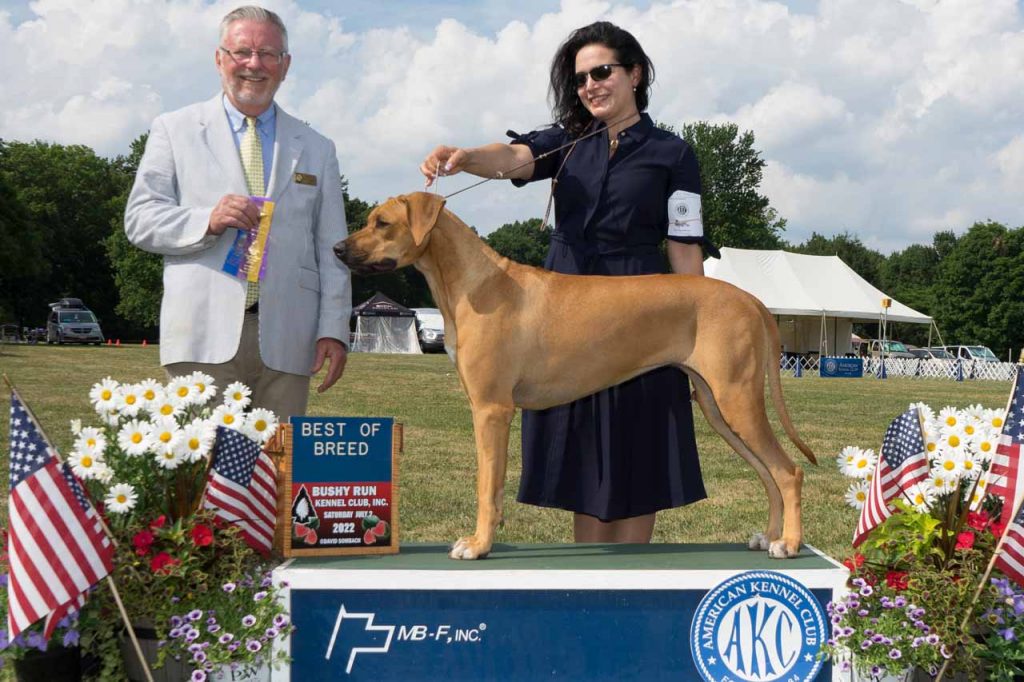 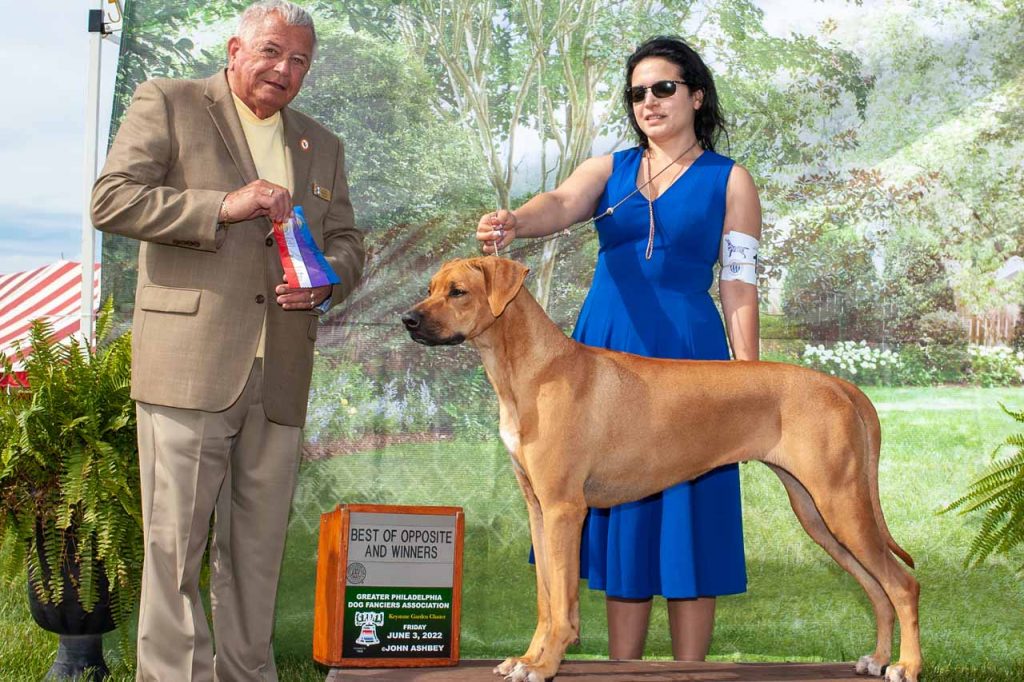 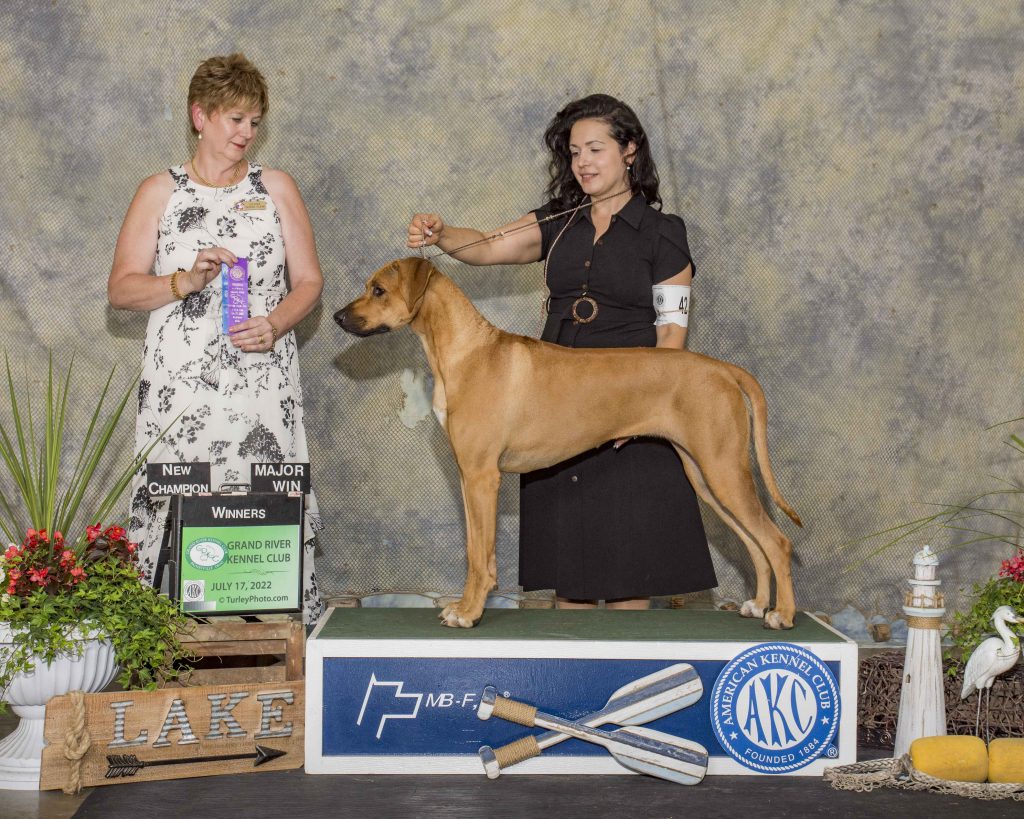 In the Spring of 2021 my breeder and mentor, Marie Cotton of Spring Valley Rhodesian Ridgebacks, contacted me about studding out Quinn. He had been happily laying on my couch the past five years, and we didn’t know what he would/could do. We were incredibly happy when he put nine beautiful puppies on the ground. At the time of the breeding we weren’t sure we could bring home a puppy, but I had been dreaming of another little girl to fill the empty spot we had on our dog couch. Fate made it happen, and we choose Chaka to join our pack. Her dam, Faith, is a Reserve Best In Show Grand Champion and her daddy, Quinn, is just the best guy ever. She has spunk and keeps us on our toes, as puppies do. She is also sweet and fun loving. She has earned many nicknames.

Chaka started her Rhodesian Ridgeback show career by going to camp first to prepare. Her first shows were on a very large stage, the Orlando shows at the end of the year, at the starting age of six months. We are very proud that she earned a 3rd place ribbon in her class at the big event, the AKC National Championship presented by Royal Canin.

She returned to the ring at one of the longest series of the year in Brooksville, FL. She earned enough 1st place ribbons for the new “Puppy of Achievement” award. She had a great experience and is no doubt be a great show dog, but the most important thing to look for in any dog is that they are a great family dog, that they fit into your home.

Chaka came home to hang out with her pack for a few months, before heading off to New England for the late Spring and Summer shows of 2022. She has earned two Best of Breeds, two Best in Sweepstakes, several Best of Opposites in the breed and one in Sweepstakes, and multiple Winner’s Bitch/Best of Winner’s.  She has earned all of her single points and one major. Chaka earned her championship on July 17th, 2022, her last major for her championship. She has been recognized by judges and breeders alike for her balance and bone.  Outside the ring, she is friendly to all and loves to play with others. Her temperament is a breeder’s dream – friendly and fun-loving, sweet and cuddling, alert when needed.

Chaka continued this summer of 2022 and earned her Grand Championship in just a few weekends. Her first weekend out as a Champion, she earned 13 points and won Best of Breed at the prestigious Hudson River Valley Hound Association and Group 3 under judge Danelle M. Brown. The following weekend she went on to earn an additional 8 points for a total of 21. One more show and another 3-point major for 24 points. All majors are well out of the way; just one point to go…after several weeks off, she walked into the ring and walked out with a 4-point major to finish her Grand Championship at the tender age of 14 months. To say she is a special girl would be an understatement.

Of course, none of this can be accomplished without the breeding behind her and the expert handling and training she received along the way. 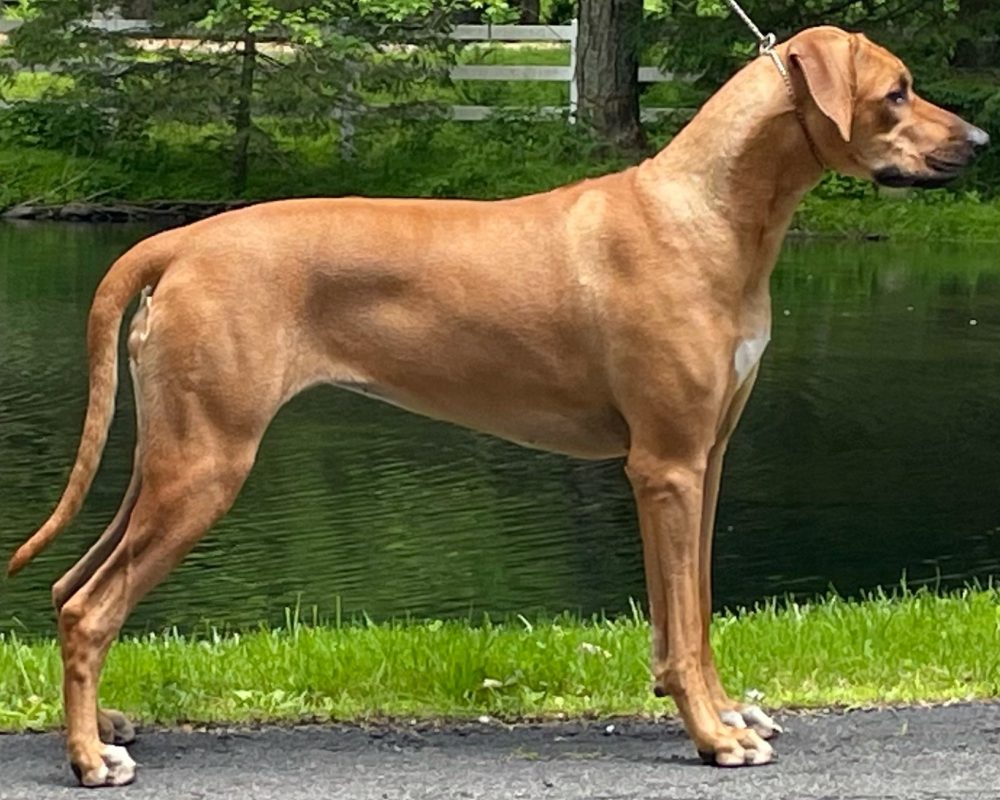 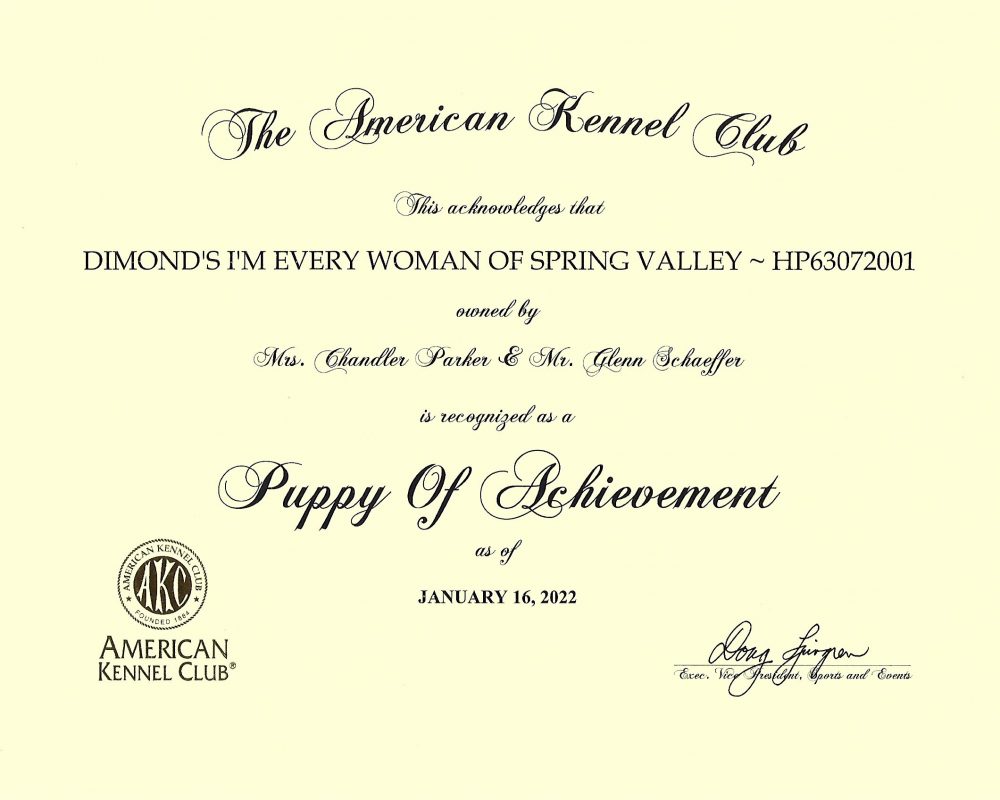 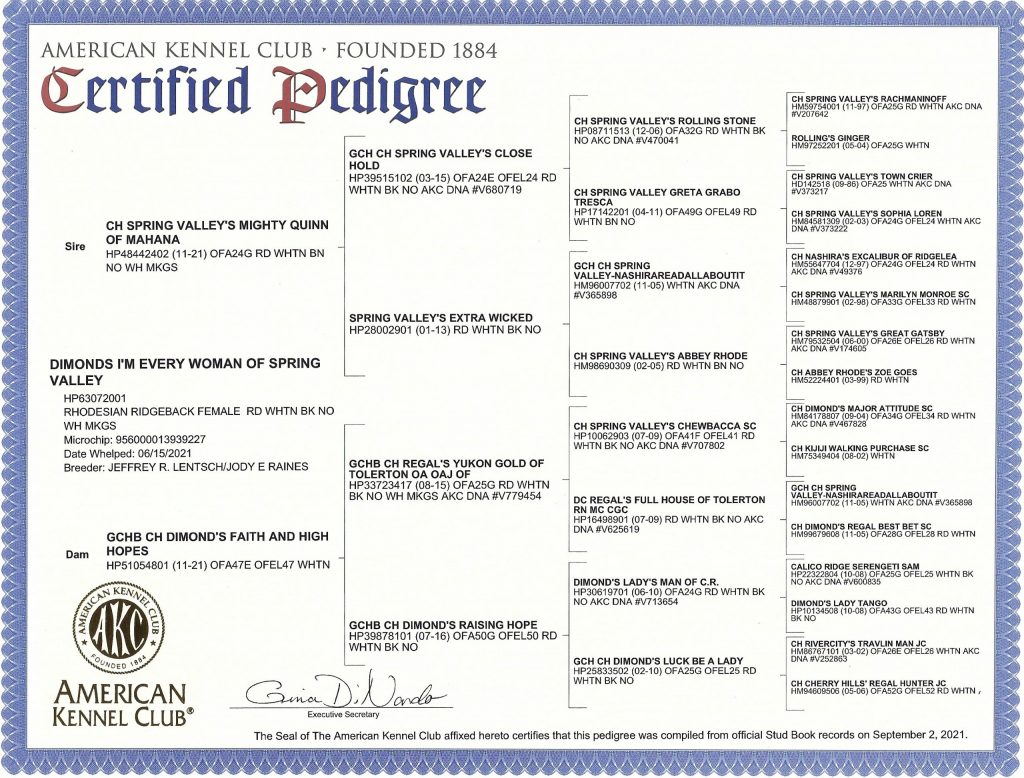