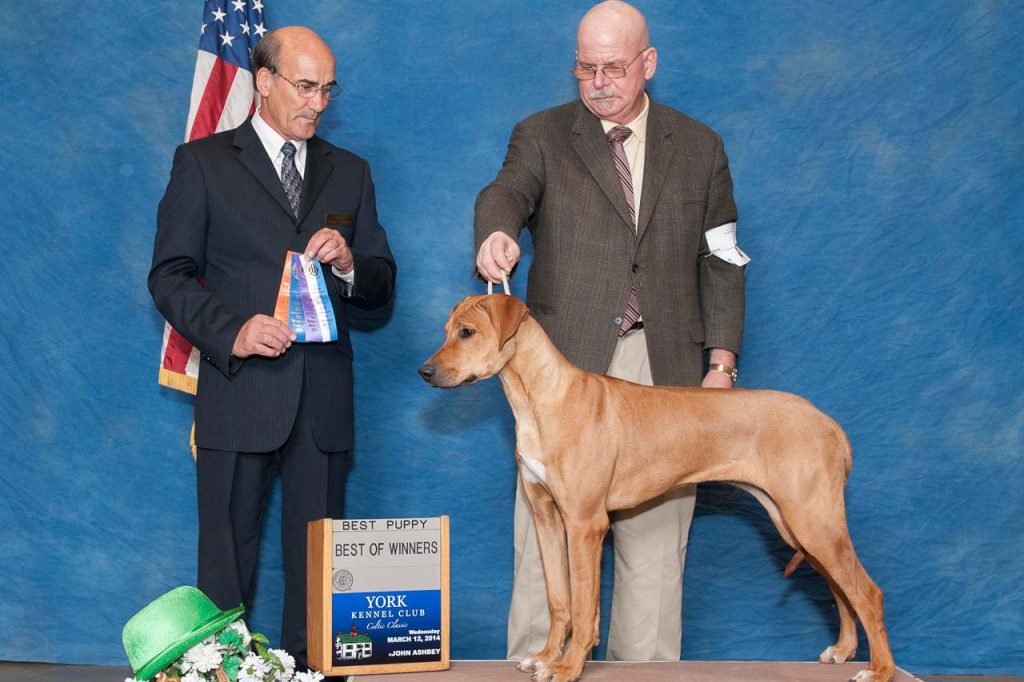 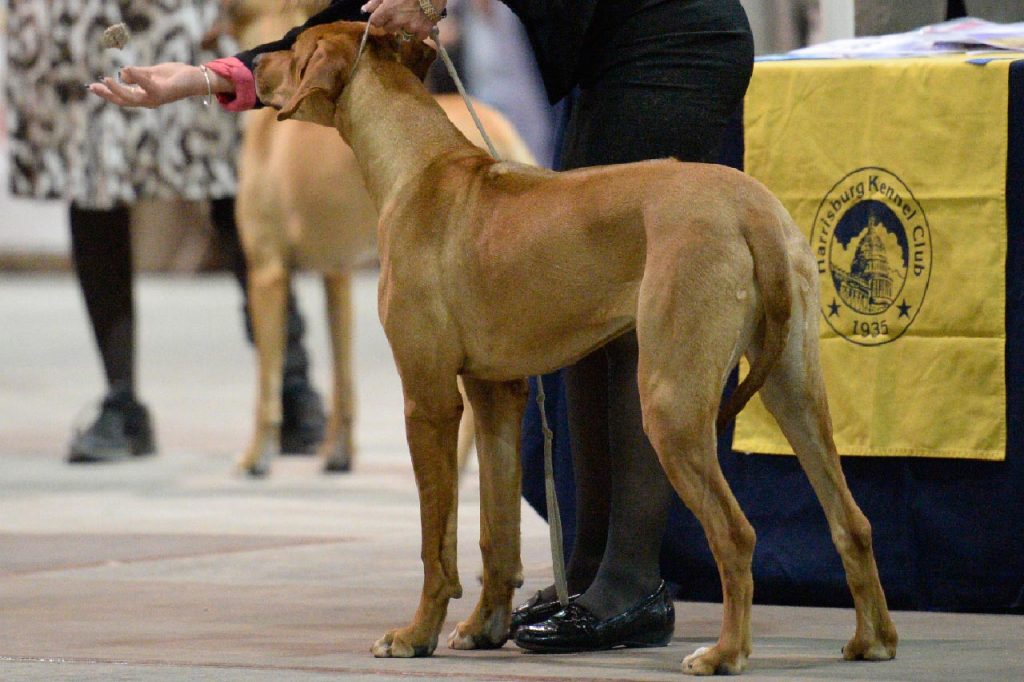 Her sire Apollo earned his Grand Championship and several other titles. His Sire, GCH Spring Valley’s Pele, has more titles than this website can hold! Apollo is owned and loved by breeder/owner Carla Downey. SoCo, a champion herself, prefers to stay at home and oversee the horse farm with her mom, Christine Land, daughter of Marie Cotton of Spring Valley Rhodesian Ridgebacks. A gorgeous red girl with a mischievous streak, she gave our Lona a face to admire and a coat that glistens.

Was split in two which delayed her championship until she returned in 2016. Lona traveled with Beau for all of 2014 (until November of that year) when we brought her and Beau to live with us overseas. We returned to the USA in August of 2016 and she went back out for another few months to finish. During this time she traveled with Quinn. She finished her championship in November of 2016, and I happily picked her and Quinn up to bring them home for the holidays.

Lona completed her OFAs and was given the clear to breed. She decided that Year’s Day of 2017 was the time to get started. So, off to Tennessee she and I went where she was bred to Spring Valley’s Always There (Asa). She had three show quality males on St Patrick’s Day, March 17th, 2017. This was her one and only time to be bred only because our lifestyle at the time did not allow for it to happen again. We cherished the experience and know her Rhodesian Ridgeback pups are with three fantastic families in the Northeast. 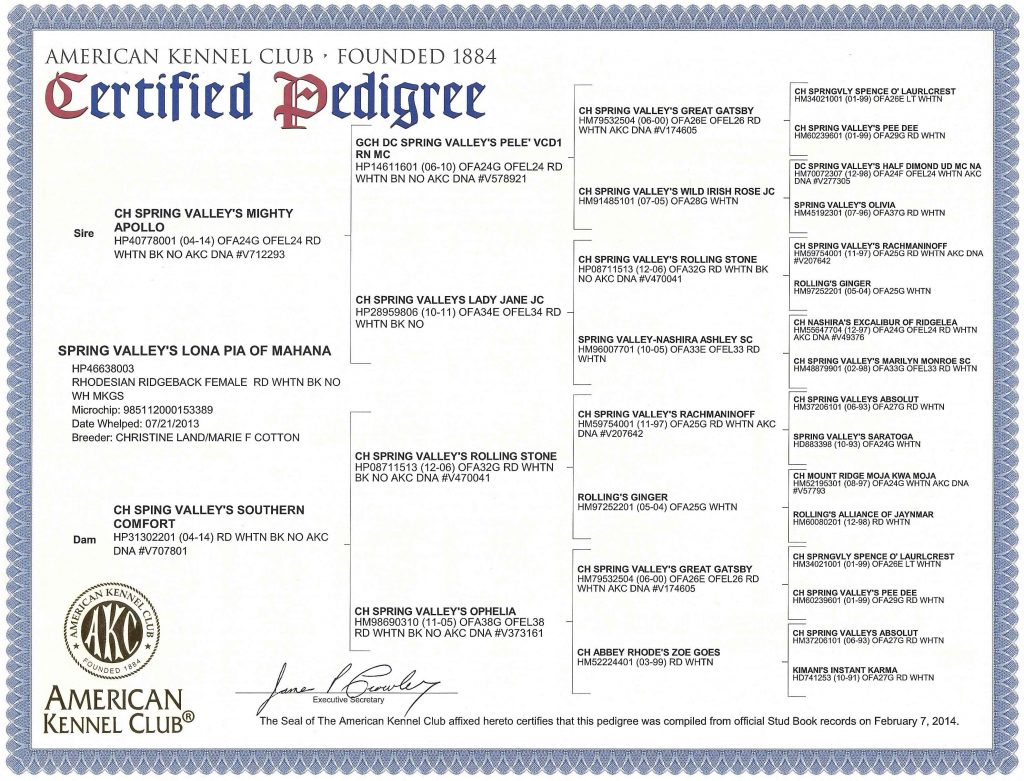